Warning: This article represent my own opinion, if you have any doubts or you believe something is no accurate I recommend checking the Warpstock videos. 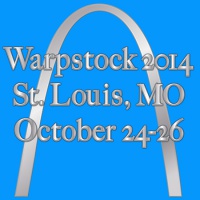 I got the opportunity to be on my first Warpstock (2014) thanks to the help and support of the community that donate money to made that trip. So, I took the flight Quito-Houston-Chicago-St. Louis and got there.

On this case I'm writing about the highlights in this very light article:

I think that the most expected presentations were from Mensys and Arca Noae.

Mensys did not gave any outstanding announcements, but he summarized the current situation. Maybe I can resume his presentation on the following points:

About the future of the platform he said:

Menso took the opportunity to thank all the people that worked in the past and present with eComStation like Roderick Klein, Joachim Benjamins, David van Enckevort, and more developers not listed there. He also showed the same plan (slides) for eComStation that I saw on the past, if I don't get it wrong Roderick already showed it on some other Warpstock.

Talking about Arca Noae the bad part was that Lewis was not able to assist because of personal problems. But I think that the message left by Steven Levine and David Azarewicz was very positive.

I will like to highlight the things that David and Steven said:

There is more about Arca Noae on Steven's (replacing Lewis) presentation:

The presentations were really good. I don't want to put on the highlights because I uploaded the videos I have recorded, so everybody will be able to hear them completely and take their own conclusions.

This were technical presentations for technical people. Maybe the presentations about Arca Noae, Mensys and mine were the only ones not technical. All the people on the audience were very prepared on different subjects and has very good “deep end” knowledge of the OS/2 operating system.

Warpstock is not a huge conference, so people must be aware that a lot of conversation happens on the same presentation time. People are free to interrupt with questions and ideas on the presentation because of the size of the audience (not even mic amplification was required) does not make it complicated. A lot of very good discussion was recorded on the videos.

I did have my doubts at first. Maybe I will have a hard time there, since the people that goes to Warpstock knew each other for back a long time ago, so maybe there were some kind of “Warpstock Status Quo” and had worries that I may not fit there. But I was complete wrong.

The people I meet there (all of them) are great and had a very good attitude to new comers (I'm currently 12 years on the online community but this was the first one I meet an OS/2 user on real life). I really felt good talking to each of the people on the room, hearing their histories with OS/2 and discussion about the platform. There were all class of discussion going from which apps does we use, to why my driver is not working and the more deep technical discussion about device drivers with Steven Levine and about storage/had drivers with Jan van Wijk. (...discussions that I didn't joined because my limited knowledge on that areas)

I think I will be collaborating more with Warpstock team in the future. Maybe I will not be able to be in person in future events, but I really want to help promoting this kind of conferences for this platform.

The teleconferences worked great, so it also opens the door to have a variety of speakers for the next year. And I think there is also a good opportunity to get more experience with the live streaming to try to turn it into a “must have” for future Warpstock. The streaming was limited and had some ads (since it was the free version), but that was all I was able to prepare on my knowledge. But I felt good that several people was able to follow what was happening at Warpstock with that. I will be also looking for more alternatives to suggest/assist the next year. The most awesome thing of Warpstock are the people that meets there and the chance you have to interact with them.

I want to thank all the people that I meet at Warpstock for opening the doors to this stranger and also thank all my sponsors.