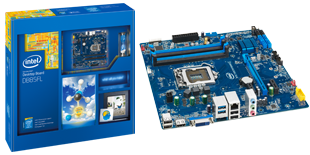 This machine has a "Legacy Boot mode" to not only depend on UEFI BIOS. 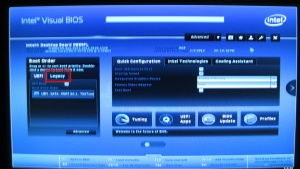 If the legacy mode is turned on in the BIOS, eComStation will boot. Otherwise it will show you an error.

eComStation 2.2 beta will boot on this configuration (DB85FL with Intel Core i7-4770) as a standard boot.

The ACPI driver will recognize 8 cores, maybe because has Intel® Core™ i7-4770 Processor 8 threads according to its specification. 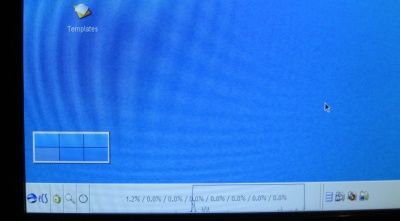 The mainboard has a "Intel Lynx Point PCH - High Definition Audio Controller [C1]/ Codec: RealTek ALC662". UniAud shipped with eCS 2.2 b2 was installed, the device get recognized on the boot but it produces no sound.

The mainboard has a "Intel Haswell-DT GT2 - Integrated Graphics Controller [Intel] - Intel HD Graphics 4600" video chipset. On the installation Panorama was installed and a 1920x1080 resolution was selected for the next boot. It worked without any major issue.

The USB 2.0 ports were recognized by the eCS 2.2 installer. Also an USB mouse and keyboard was used during all the install procedure without issues.

The wired network adapter "Intel I217-V (ClarkvilleV) Network Adapter / Intel(R) Ethernet Connection I217-V" was not recognized by the installer. Some intel network drivers was tested (E1000e.OS2, E1000_c.OS2, E1000.OS2) without being able to make it work.

Tested with ArcaOS 5.0.6 (beta) with UEFI and GPT support. It installed and booted the OS.