Difference between revisions of "Asus M5A78L-M/USB3" 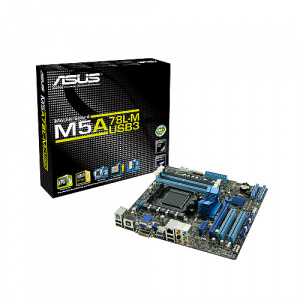 I am using WSeB as a file server, and connecting to the WSeB via netbios. The Netbios performance issues showed up two ways: 1) copying a file from one machine to another from the command prompt took FOREVER, and 2) the first time I would open a WPS drive object for a drive on the server it took 20 to 30 seconds, or more, for the drive object to populate. This also, for some reason, affected the FOC, making it slow to display at times. But it did not affect Larsen Commander. Very strange. This was not an issue when connecting to the Samba server running on the WSeB machine. Installing the Intel network card and driver on the client machine fixed theses issues, regardless of whether the WSeB machine was running the network chipset on the motherboard or the Intel card. I have come to the conclusion the issue was between the chipset driver and the WPS.