Difference between revisions of "ESchemes: Easily Beautify Your eComStation System with a theme"

What is eSchemes?
eSchemes allows you change the colors, fonts, icons, and other WPS (Work Place Shell) system apperances. eSchemes gathers the functionality of Scheme Palette, Window Themes, eStyler Lite, Icon Themes, Sound Schemes, and Pointer Schemes and provides an integrated set of WPS Objects to easily manipulate and apply a system wide theme, affecting all appearances of windows and backgrounds. eSchemes is a model of Work Place Shell (WPS) applications utilizing SOM (System Object Model) and Object Oriented technology that is the heart of the Work Place Shell user interface. This enables eSchemes (like other SOM enabled applications) to be extended by third party developers. All schemes are represented as objects, and so it allows for such things as mobile schemes. After customizing a scheme, a user can simply save that object and copy it to another users machine, allowing them to have all the same theme settings applied on their system. Scheme files are easily managed via the WPS (Work Place Shell) using intuitive object interaction (RMB click on the object).

What can eSchemes do for you?
eScheme makes it easy to apply system wide themes to your eComStation system using intuitive objects that you can easily manipulate to further customize your system. Perhaps one of the exciting benefits of eSchemes, is that, it will allow changing the pale gray attributes of folders and windows to something more desireable--this is a function not currently possible using other tools. For applications to benefit they will need to be recompiled to use the new "CLR_PALEGRAY" method.

eSchemes is currently in Beta code, but is already very usable and stable. It is being developed by eCo Software. Some new functionality to be introduced in future releases:

In summary, eSchemes is a state-of-the-art theme management application that will bring eComStation's attractiveness to a whole new level! It provides customizing of your desktop unlike anything available for any other platform. eSchemes with its SOM and WPS technology will provide a competitive advantage for enhancing productivity and overall system appeal!

Before eSchemes you had a mess of many individual apps to configure: 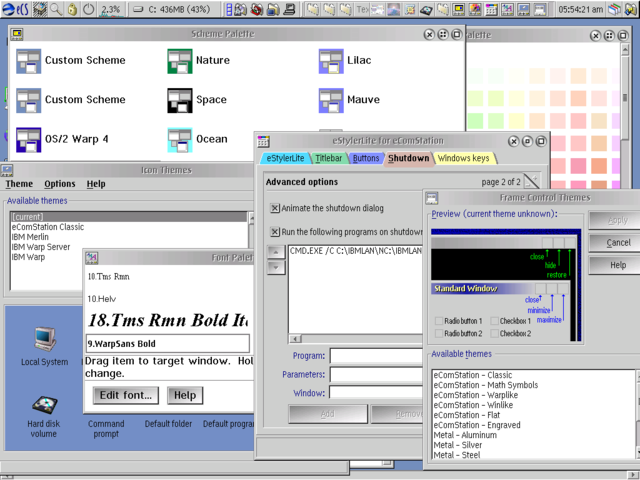 If you haven't registered for a BetaZone account yet, simply login through the main eComStation page: http://www.ecomstation.com (This is the recommended approach.) Under "Reserved Features" you should find the "BetaZone". Once you locate eSchemes, get the latest version and install. Its a WarpIn package, so its very intuitive to install: 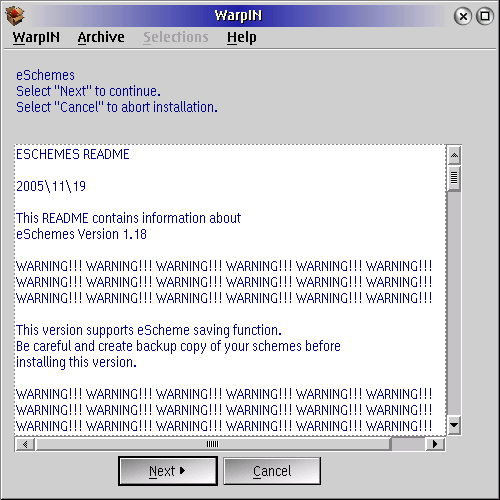 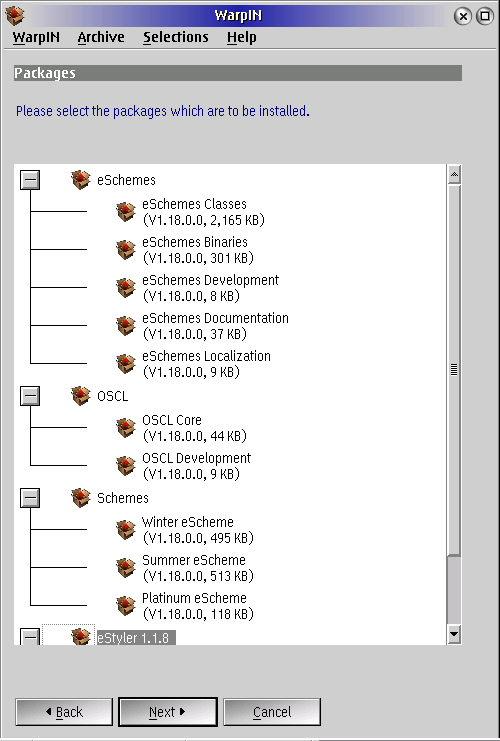 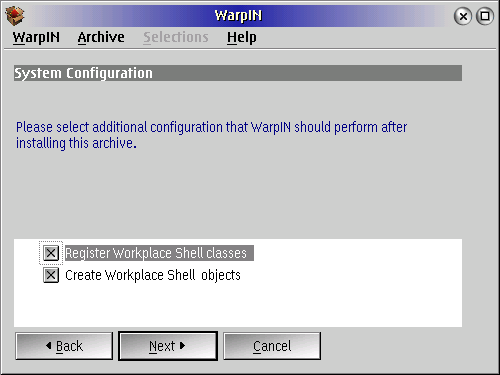 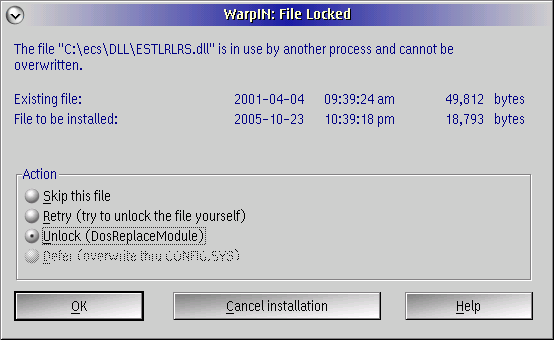 More information on eSchemes can be found at the eSchemes Site. Unfortunately, as of the time of writing this article, the eSchemes version I had installed expired. A dialog pops-up asking for you to download a newer version--but there was no newer version (latest version is v1.1.8) available at the time of this article. So therefore we are unable to show you anymore features of this application at this time. When a new version comes out we will post some screen shots here.

More info on eSchemes can be found HERE.

In the meantime, another project to enhance your Desktop is eThemes.

Jeramie Samphere runs a small company using eComStation and OS/2 exclusively. He is the President and Director of Operations at the OS2eCS Organization, headquarters in Wisconsin USA. He has been a user of OS/2 since OS/2 Warp 3 RedSpline in 1995. He manages and operates nine OS/2 and eComStation computer systems at his office in Wisconsin--with more planned!.