Difference between revisions of "Plug and Play in PC DOS 7"

Plug and Play technology lets you install and configure peripheral devices in a computer system. This article first covers Plug and Play components, then details how PC DOS 7 implements Plug and Play support.

Configuring a device in a computer can be a complicated task. Installing a card can be a time-consuming, technical process. You might have to configure the system by setting hardware jumpers to rearrange interrupt request (IRQ) lines, direct memory access (DMA) channels, base I/O, memory address space, and communication ports. In addition to making these manual changes to the hardware, you might also have to edit system software files. Mobile systems, in particular, demand greater hardware and software integration in order to dynamically insert and remove devices and docking support.

To address these problems, the Plug and Play (PnP) architecture has been defined by a group of companies including Compaq, Intel, Microsoft, and Phoenix Technologies. Plug and Play defines a way for peripherals to communicate with a machine's BIOS and operating system and to resolve resource conflicts with little user intervention. You don't need to be concerned about DMAs and IRQs; device installation is automatic - just plug the device in, turn on the system, and it works.

Figure 1 shows the general structure of the Plug and Play architecture.

Resource management provides the ability to manage system resources, which include direct memory access, interrupt request lines, and I/O and memory addresses. After the power-on self-test (POST) process ends, the BIOS, which maintains a list of system board device configuration information, communicates this information to the operating system. Each device is associated with a unique identification code that the operating system recognizes.

The BIOS also provides configuration services, known as runtime services, for system board devices even after the POST process is complete. The BIOS must be able to notify the operating system of dynamic configuration events, such as removing or inserting a PCMCIA card, or docking and undocking a notebook in a docking station. The Plug and Play BIOS specification provides a mechanism whereby a Plug and Play operating system can allocate resources during runtime. 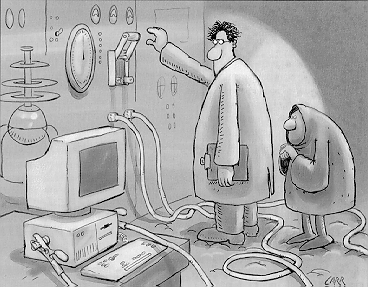 Each of these components is now discussed in turn.

The bus enumerator is a type of driver required for each specific bus type and is responsible for building the hardware tree.

Plug and Play device drivers register with the configuration manager when they are initially loaded. They remain inactive until they are given their resource assignments, then they are able to communicate with applications and respond to dynamic configuration events.

Plug and Play small computer system interface (SCSI) host adapters will configure like any other board, but configuring the individual devices on the SCSI chain requires an extension to the basic Plug and Play scheme.

Microsoft and SCSI adapter vendors have collaborated to produce such an extension, which is called SCSI Configuration Auto Magically (SCAM). SCAM requires additional firmware on SCSI adapters and devices. During the boot process, a SCAM-complaint SCSI subsystem allocates SCSI addresses to avoid conflicts. SCAM also handles SCSI termination (indicating which devices are at the ends of the SCSI chain). Older, non- SCAM-complaint devices still must be configured with software updated to handle SCAM devices.

Plug and Play ISA boards have unique 72-bit serial IDs that differentiate one PnP ISA board from another. The serial ID contains a manufacturer ID, a product ID, and a serial number.

The system then assigns a card select number (CSN) to the newly isolated board. The CSN is used to single out individual boards later, without performing the isolation sequence again. Once a board has been assigned a CSN, it no longer participates in the isolation sequence, and isolation of PnP ISA boards with lower serial IDs proceeds.

The Plug and Play architecture must provide compatibility with the installed base of existing (non-PnP) systems and peripherals. PnP components must be able to accommodate the lack of device-reporting mechanisms for non-PnP devices. Information about such devices must be stored in the system, and devices that cannot be software-configured must receive first priority in resource allocation. When unresolvable conflicts occur, the system should guide you through device-configuration options.

The rest of this article details Plug and Play support in PC DOS 7.

In cold docking, the system must be rebooted when a mobile PC is docked so that it can recognize its newly associated peripherals. PC DOS 7's cold docking support is enhanced with the multi-configuration support implemented in PC DOS 6.x.

During warm docking a mobile PC is in a suspended state, and many if not all of the associated peripherals are recognized and activated.

In hot docking, a mobile PC is fully active when docked, and many if not all peripherals are recognized and activated.

The DOSDOCK utility enables mobile computer users to use either hot or warm docking. Executed at the DOS command line, the DOSDOCK utility loads and remains resident, waiting for a docking or undocking event. When the event occurs, DOSDOCK examines the environment for the parameters and (depending upon the plug and play interrupt received) tells DOS to dock or undock.

Docking support cannot be activated while running Windows. However, PC DOS 7 notifies you, in a pop-up Windows message, that you must shut down Windows to allow DOSDOCK to begin.

To provide communication between the PC DOS 7 docking support programs, some new multiplex interrupt functions are defined. The application programming interfaces (APIs) in Figure 2 are defined and used for docking support in PC DOS 7.

The DYNALOAD command allows you to dynamically load a device driver from the DOS command prompt without modifying the CONFIG.SYS file and restarting the computer. The DYNALOAD utility does not run under Windows virtual DOS machine (VDM) mode or while a task swapper is active.

The PC DOS 7 Command Reference lists the drivers shipped with PC DOS 7 that are supported by DYNALOAD. However, DYNALOAD may work with other device drivers. Because there are no standards for loading DOS device drivers after the CONFIG.SYS file is processed, the only way to know if DYNALOAD works with a particular device driver is to try loading that driver. If it is not compatible, you will get an error message.

The DDPOPUP program provides DOS docking support under Windows. When Windows is running and DOSDOCK is loaded, a pop-up Windows message notifies you that the dock or undock event has occurred, and instructs you to shut down Windows to allow DOSDOCK to function.

DDPOPUP uses the standard Windows user interface to display the pop-up message under Windows. The DDPOPUP program executes as a command-line parameter passed to Windows through the Windows Startup group or by executing it via the RUN option.

Plug and Play expansion cards require a special programmable logic device (PLD) or modifications to an existing application-specific integrated circuit (ASIC) to support basic handshaking functions. The PLD or ASIC lets the device communicate a unique identification number and list the resources it requires and can support.

The major incremental benefit of having a system with complete Plug and Play components is the ability of that system to dynamically respond to configuration events.

Future of Plug and Play

The goal of Plug and Play architecture is to easily install and configure new devices. With a PnP system, inserting and removing certain devices such as PCMCIA cards or connecting and disconnecting from a docking station is simplified without restarting the system.

Plug and Play will eventually provide a mechanism for hardware to communicate configuration changes to device drivers, and then to applications software. Forcing a notebook computer to save a file before it is removed from a docking station is an example of this capability.

Plug and Play shows great potential. It is compatible with existing hardware, and if all the pieces come together in the future, expanding your system may indeed become as simple as plugging in a card and turning on the machine.