How to Install Firefox on Warp 4.52

There are some hobbyist installing OS/2 Warp 4.52 (The latest one provided by IBM) on virtual machines and they also want to experiment with Firefox under it. This is why I wrote this.

To make it easier I had created this ISO file (2020-01-19) you can download and easily mount to you VM to do the installation.

Firefox requires a lot of open source libraries (DLLs) that may be hard to install individually, that is why OS/2 also has RPM/YUM which is a package install utility. The easiest way to install RPM/YUM for the moment is installing it while you install Arca Noae Package Manager (ANPM).

ANPM will install RPM/YUM and the ANPM GUI that helps you visually install packages on OS/2. But there seems to be some issues involved on making ANPM run on OS/2 Warp, since ANPM installer is focused on ArcaOS instead of OS/2.

Here I will list the tweaks to make ANPM install and run on OS/2 Warp 4.52.

Installing ANPM will be very simple, It will ask you to install RPM/YUM, just allow all that. 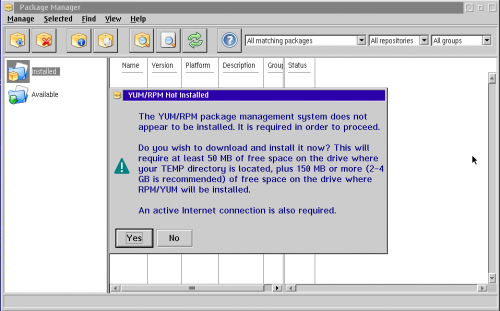 but you may get this problem while running the program. 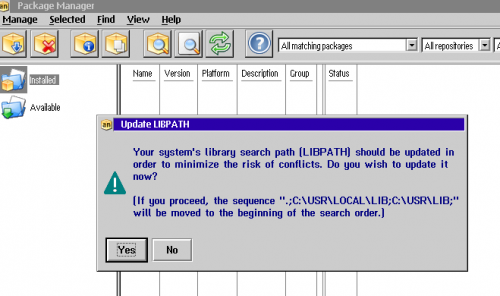 At this point I made the following changes to the config.sys.

I removed from the config.sys this:

and set at the end. (directories where already created with the RPM/YUM install attempt)

Added at the end of PATH

After that I rebooted.

Next you will run ANPM and it will complain that CONFIG.SYS is not like he suggest.

Run ANPM and it works.

Try now the "Update All" to get all the libraries updates.

Once you have ANPM running you can install the following packages to make Firefox run: 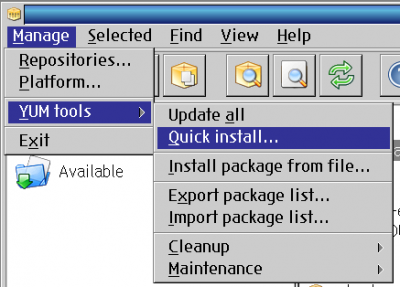 Now installing Firefox 45 is as simple as just unzipping the firefox file respecting the folder structure. Be sure to install it on your unixroot, respect the same folder like usr/bin, etc. 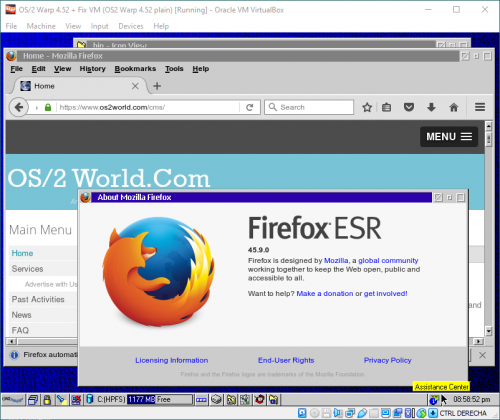